Hemp thrives in similar growth conditions to corn. The optimal soil is deep, airy, and medium-heavy, with a nearly neutral pH value (around 6–7). It is less likely to grow well in compact cold soil, or in shallow, sandy, or acidic soil. Common hemp can also be cultivated at an altitude of over 1,000m.

The optimal temperature for seeds to sprout is of 20°C. Once the seed has sprouted, young seedlings can also withstand temperatures of up to 0°C, but their growth slows down in this case. The ideal temperature for hemp plants to grow and develop is 18–20°C, while the southern ecotypes also get along with higher temperatures.

The hemp vegetation cycle lasts from 90 to 150 days, while the plant maturation time depends on each individual variety, since they have all adapted to different climatic conditions. Early varieties, such as USO 31, Ferimon 12 and Finola, will mature in up to three months, since these varieties have adapted to the northern climate. Late varieties, such as Futura 75 and Santhica 27, which have adapted to warm southern climates, will mature at the beginning of October, while their vegetation cycle can also last from 140–150 days.

The beginning of the flowering cycle of common hemp is the plant’s reaction to shorter days, while the time necessary to form flowers depends on the variety (and on its genetic adaptation to the environment), as well as on the temperature conditions that the plant has been exposed to. 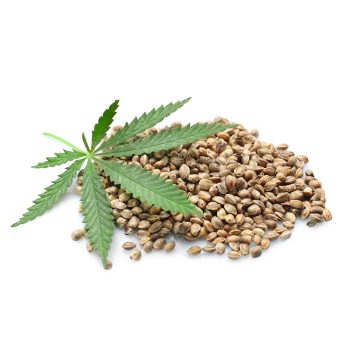 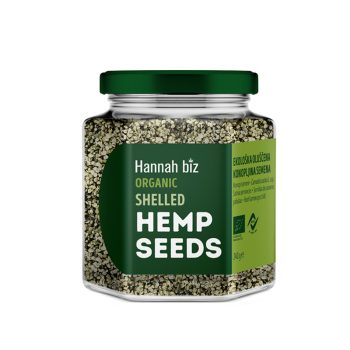 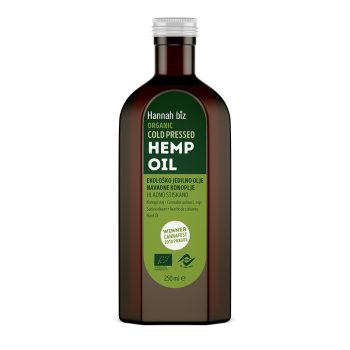 Sprouting occurs at a temperature of 10–15°C during sowing, in 4–9 days, which depends on the soil and the temperature. This is the most sensitive growth phase.

The slow growth phase, during which the plant covers the ground. The plant reaches its correct density in about three weeks. After the end of this phase, the plant reaches a height of about 25–50 cm and has 3 pairs of leaves.

The emergence of the first flowers on a hemp plant mostly depends on temperature conditions that the plant has been subjected to since sprouting, such as shortening of the days, and on the hemp variety. In this period, growth slows down.

At the stage when the last female flowers open, the plant is strongly dependent on light. A specific variety, grown in a specific area, will reach this stage at a precisely defined moment in time, regardless of when it was sown, and will also depend less on the weather conditions.

The end of the flowering period is the time defined by the fertilisation of the last female flowers, and also signifies the end of growth. During this time, the final straw yield is determined, which indicates the phases of straw and seed maturation to follow.

Seeds mature in up to 40 days after full bloom. Before harvesting, however, the humidity of the seed and the availability of drying rooms must be considered, which can significantly delay the actual harvesting. Sowing

The following conditions must be met for hemp sowing:

Stubble sowing as follow-up crops: Sow hemp as a stubble crop after any type of grain. It is possible to sow hemp until mid-July, but we do recommend the use of late hemp varieties, such as Futura 75 and Santhica 27, for stubble crops. The sowing standard depends on the primary product we wish to grow with hemp. Therefore, the sowing method will be different, depending on whether we are growing hemp for fibre (straw), seeds, or flowers. For fibre crops: sowing standard of over 35kg of seeds/ha, bed spacing 15–18cm. The density of plants for producing fibre is of 250–300/m2. For seeds and flowers (and fibre): sowing standard of 30–35kg of seeds/ha, bed spacing 15–15cm, spacing within the bed of 5–10cm. The density of plants for producing seed is of 100–150/m2.

The best way to protect plants from weeds, plant diseases and pests is crop rotation and sowing healthy, uninfected seeds. Hemp can be grown after any type of crop (root crops, grain legumes, perennial fodder legumes, and grains), and is also an excellent pre-crop for other crops, since they grow better after hemp. EXAMPLE: Year 1 or 2: corn, year 2 or 3: true grains + stubble catch crops/grain legumes, year 3 or 4: hemp. Weeds which can cause the most damage to hemp: Hemp broomrape (Orobanche ramosa) is a plant lacking chlorophyll, which feeds on hemp and rapeseed roots. This parasite needs hemp in order to sprout and grow. First, it forms an orange bulb on its roots, and then develops into a branched stalk with curved blue-violet flowers. The damage is mainly translated as dying plants, reduced density, and the emergence of different weeds. If hemp broomrape attacks hemp early and on a grand scale, it can completely destroy its yield. Therefore, crop rotation of hemp and rapeseed must be avoided.

In the autumn, the field must be well prepared: deep tillage, harrowing in the early spring, and breaking up soil in the summer:

in clay-limestone soil, winter tillage enables the retention of water and makes it easier for the soil to freeze. When the soil is airy, tillage can also be performed in the spring (surface preparation of the soil),
after winter tillage in March: surface preparation using a device for breaking up soil, which contributes to an accelerated process of root bulk growing,
after winter tillage in April: surface preparation using a device with a roller which breaks up soil and slightly levels the surface.
This prevents the soil from drying up, and also accelerates the process of germination of weeds which are then removed during the preparation of the sowing bed. In order to grow well, industrial hemp needs some additional plant nutrients but still needs to be fertilised less intensively than most other crops. Hemp grows successfully in the following quantities of available nutrients:

There is no need to fertilise arable land if the soil is rich in macronutrients. We recommend you perform a soil analysis, since an overdose of fertilisers provokes increased and uneven growth which shows in the side-growing of plants, and is unacceptable for the environment.

Nitrogenous lime is a very good nitrogenous fertiliser for hemp and must be worked into the soil a couple of days before sowing (the waiting period depends on the quantity of nitrogen used). This fertiliser is a source of nitrogen and also has pesticidal properties. Nitrogenous lime is considered to be the oldest artificial fertiliser which is also the most nature-friendly. Farmers avoid it since it costs more than other nitrogenous fertilisers. If we use mineral fertilisers in the spring, they must be worked into the soil at least 10 days before sowing, in order for the nutrients to be readily available to young seedlings.

Hemp is an excellent candidate for organic cultivation due to its intense growth, which reduces or prevents the possibility of growing weeds. Using crop rotation, we also prevent the emergence of plant diseases and pests, which means there is also no need to use herbicides, fungicides, or pesticides. In organic farming, only the use of permitted fertilisers found in the catalogue of permitted products for organic farming is allowed. Recommended organic fertilisers:

well-settled or composted animal manure,
compost,
ground oil cake (pumpkin seeds, hemp seeds, sunflower seeds, linseed, rapeseed, etc.),
castor cake, neem cake (exported),
animal manure in pellets,
guano – bat manure (currently the best natural manure available for hemp)
The advantage of using organic fertilisers is that they contribute both micro- and macronutrients in the soil. The quantity of fertiliser we use depends on the type of fertiliser and the availability of nutrients in the soil, which is why we recommend you to perform a soil analysis before using any fertiliser. An indicative estimate for the use of organic fertilisers is of 30–50 t/ha.

Hemp is a very drought-tolerant plant. If you have the possibility of watering/irrigating the plant, its straw and/or seed yield will increase. It is recommended to add water (20–50mm/m2) when the plant is flowering and when the seeds are maturing, since this increases the yield of flowers or seeds.

Mechanical weed control through weeding is only an option with some of the crops (for seeds). Even in this case, though, weeding is not necessary since hemp fills up the space with its growth, thus preventing weed overgrowth. If we sow rather sparingly (less than 30kg of seeds/ha), the soil must be hoed. It is recommended to protect the crops using mechanical deterrents. A particular issue are birds which like to peck out the sown seeds.

A SELECTION OF HEMP VARIETIES SUITABLE FOR SOWING IN SLOVENIA: